Thoughts On Looking For Who Reads My Blog, Jack McDevitt Odyssey 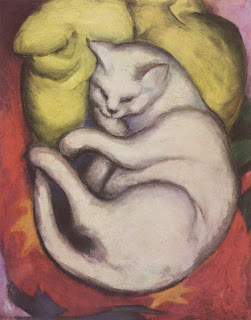 I have a variety of thoughts on who might read my blog. I think first of all we have people who are interested in fantasy books, especially roleplaying games and books which might tie into them. I am thinking of authors like Glen Cook, Robin Hobb, Tad Williams, David Drake and other popular mainstream fantasy authors. Not so much serial fantasy writers like R.A. Salvatore or Margaret Weis who write the Dragonlance or Forgotten Realms paperbacks. I don't much care for these things.
This comes from posting about my blog on several threads about books on game sites.

The next obvious group of people are book gadget people, people interested in creating search engines or playing with widgets and ebooks. I had posted a number of ebooks earlier.

The next group would be readers of myth fantasy, people who like Neil Gaiman, Charles De Lint, or Jane Yolen. People who want their fantasy mixed with mythology and fairytales. People who probably have a copy of the complete tales of the Brothers Grimm and Charles Perrault's fairytales lying around the house or maybe the Blue Fairy Book, The Red Fairy Book, and other strange Dover editions.

The next group might be people who are interested in science fiction, especially literary science fiction, things like Jeff Vandermeer, Cory Doctorow, or Charles Stross. This is all of course conjecture.

I am hoping it is not the people who read all the Star Trek novels. Star Trek is kind of fun in a way, it is "The Lone Ranger In Space", or World War II u-boats in space. Captain fire the photon torpedos.

I have been looking at my hit counters and seeing a pretty varied crowd, so people look at this site from the Scandinavian countries, Eastern Europe, The United Kingdom, Australia, and other english speaking countries.

Their might be a few bibliophiles thrown in the mix, people who just like books, bookselling, places where you can get book reviews or hear odd things about books. Right now, I am writing from a pure expository, unedited style with no grammar or spell checker. It is just me and only me.

I have been looking at a lot of booksites. Most of these are very clean, they have a neat little picture of a book, then five or six paragraphs about the book in question. Then there is a little star next to the review with a one to five rating. Not exactly my style.

Of course, most sites are by women, mostly women read novels. This is a given fact. I am a man in a womans world in some ways. The thing which most women read are romances and classics. I see the classics, Jane Austen, Wilkie Collins, and other stuffy European authors being reviewed. I also see a lot of popular romantic comfort writing, Candace Camp, Eugenia Price, Barabara Taylor Bradford, Victoria Holt and other writers with sweet tales and beautiful flowery covers on their books.
I also think people might come here because I give my exact feeling of the moment on what I am reading. I try not to be too dry.

Another group which comes up is older men who are near retirement or retired who want to have a hobby, and that hobby usually involves books. They choose to write about more obscure literary works like Jack London's Iron Heel, or poets like Lillian Moore or Robert Frost. It seems that an awful lot of older people read poetry.

Some things which I have noticed when looking through book web sites is a real affection for knitting. Knitting is somehow a sign you read. We have a knitting group at our library, in fact two of our librarians teach knitting as part of the group. The other is the presence of cats. A lot of book people have pictures of their cats on their book blogs. Jeff Vandermeer even posted a picture of himself with his cat in the comments section. There aren't as many pictures of people with their dogs. A few are out there.

Many of the blogs have book challenges. The major challenge which people undertake is to read 52 books, a book week and review it by the end of the year. There are also things like graphic novel challenges. Read five or six different graphic novels. This can be almost anything-- books about Albert Einstein, the classics. This is an example of a book challenge sites. Lisers A-Z Challenge http://tint0rera.blogspot.com/ . Read books with titles that run the full gamut of the alphabet. I find this fascinating. Here is another site with a Candadian Book Challenge, read books from Canade. http://bookmineset.blogspot.com/2007/12/canadian-book-challenge-2nd-update.html

I am not a big reader of the classics. I find them to be a bit stuffy at times. Dickens turns me off with Oliver Twist. I liked a Tale of Two Cities however. I can stand the russian novelists like Dostoevsky and Tolstoy, but they are long, complex and heavy to read. This is the stuff I was forced to read in high school and college and it just got to me.

I much prefer classical literature if I must read old literature in the sense of Ancient Greece, Ancient Rome, the Middle Ages and Ancient China. Li Po's poetry is wonderful. The Song of Roland formed the base for Steven King's Dark Tower Trilogy as well as Gordon R. Dickson's Childe Cycle in science fiction. Gawain and The Green Night and the Pearl are fine examples of the chivalric age. I of course love the Odyssey which my father read to me when I was a small child. The Golden Ass of Apuleius is a great piece of fantasy, sometimes considered the first true fantasy novel.

I am hoping that there are at least a few people who love classical literature, in the sense of ancient literature.

The other group of people I hope are reading this blog are people who are interested in the issues facing libraries in the United States. Things like literacy, digital rights management, internet reference services, and other odds and ends around libraries.

I am hoping that a few people also have an appreciation for bookstores as well. Things like how to display books, proper lighting, bookstore cafes, book kiosks and other details.

This is a pure rant and I am writing it quickly. I write most of my posts in about a half an hour to an hour.

I will try to find interesting authors on video, add widgets which make an almost complete bookstore, build a list of very nice book review sites, set up a list of books I have read recently, write some reviews and generally try and keep this site as entertaining as possible.

Maybe, I am spending too much time trying to drag traffic from places like fuel my blog, newsgroup sites, or bumpzee and I should be trying to get people to visit from other book sites.

The whole SEO, search engine optimization thing is completely new to me and is a real eye opening learning experience.

Anyways good night. I will fill in some more things in the morning and edit this post a bit.

I started on Jack McDevitt's Odyssey. I like Jack McDevitt's writing style. He is such a good writer that he doesn't have to use violence to create tension. He is very good at describing political intrigue, natural disasters, and accidents. His novels have been nominated for the nebula awards. I would call him a hard science fiction adventure story writer.

He describes things like alien archeology. Also the aliens which humans run into aren't smarter than we are. One alien group is stuck with technology that is from around 1918. Another alien group has to be rescued because their civilization has fallen apart. There are a few planets where civilizations have risen then collapsed completely.

We also aren't super successful colonizers of space. The earth has two marginal colognies. One is run by religious fanatics, the other is run by political wackos. Our lagrange point colonies have not worked out. The earth is in bad shape from global warming and global flooding.

At the beginning of each chapter in Odyssey, he uses the classic mechanism of the fake quote from someone in the future. Arthur C. Clarke and Isaac Asimov used to do this. It is a rather entertaining little detail. He also includes short newscasts inside his writing. This takes some skill to make them believable, but he manages to do it convincgly.

This is a novel of first contact with an alien race. Humans have spotted the aliens in space. So far, people are arguing whether they are a natural phenomena or a real alien presence. The Academy, a space exploration group sends out a group to follow the "moonriders" round ships that fly in formation and are sited at various locations.

The ship travels on an odyssey to a variety of worlds trying to track down the "moonriders." Then a young girl on the ship receives a telepathic message that the "moonriders" are going to destroy a supercollider that is being built in deep space.

The ending is marvelous. The Academy tries to rescue the scientists at the supercollider while it is being destroyed by the aliens. There is a subtheme about the supercollider that there is a possibility if it is fully developed it will tear a hole in space time and wipe out humanity. The "moonriders" although they are destroying the object are possibly saving the human race. We never get to actually meet any of the moonriders, they are an enigma to the end.

I have been looking at a few different blogs in the blog review section of a newsgroup. I found one that surprised me. I usually don't see much good poetry. This is really really good, it has a very smooth and well written feel to it.

Thanks so much for coming by. I really appreciate it. Your novels are wonderful.

Thank you very much for your kind words. There is nothing more delightful than to hear that one's work is read and enjoyed.

I read your blog and thought it was lovely. As I was looking for a date but couldn't find one, I started looking for good books. They are much easier to find than good men are.