A Few Books And Comments On Money 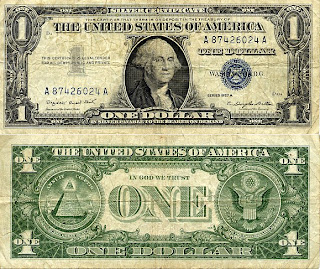 Money is one of those things which bloggers seem to talk about a lot. These are a few book recommendations on investing. The first four books are currently part of the Wiley Investment Classics series. The first book is one which most stock brokers claim they have read at one point or other, Security Analysis by Benjamin Graham and David L. Dodd. Benjaimin Graham is considered to be one of the fathers of value investing. The next book is called Common Stocks and Uncommon Profits by Philip Fisher. Philip Fisher is considered to be the person who came up with idea on how to invest in growth stocks.

The other two books are about the condition of wall street. They show how little has changed in the way people act around stocks and money. The first book is Where Are All The Customers Yachts: A Good Hard Look At Wall Street by Fred Schwed. This book is quite fun to read. Confessions of A Stock Operator by Edwin Lefevre is equally entertaining.

The best book which I have ever read on the concept of value is an art book, surprisingly. The book is called Boggs: A Comedy of Values by Lawrence Weschler. J.S.G. Boggs is an artist who draws money. He draws single sided bills. These are variations of different types of money with fantastical elements, like flowers and pictures of children, or odd colors. He then tries to use the bills to buy things from stores. He tells the people he is attempting to buy the things from that it is not real money but art, and if they want the art, they should give him some change and a receipt for the thing he has bought. Watching the process is fascinating. This link has an interview and a video of him. http://www.pbs.org/wnet/egg/217/boggs

Please don't ask me about stock tips. I'm not great at this.. Two of my recent investments were near total disasters. I invested in HOKU Scientific, a fuel cell company which recently was forced to switch from being a fuel cell manufacturer to a solar cell manufacturer. HOKU lost its contracts for fuel cells which are basically pie in the sky in most cases and was forced to invest in a form of more realistic energy, solar energy.

I also am invested in Finavera, a company that recently had another total disaster. At the beginning of November, the wave energy generation buoy which they were working on failed its commercialization test. The buoy went from a commercial value of over $4 million dollars to being written down to $1. The wave energy generator proved to be commercially unviable. Luckily, the company didn't go out of business completely because they were heavily invested in wind energy, a more traditional form of alternative energy. They received financing to stay in business.

Now is not the best time for alternative energy in the United States. Also investing in the stock market is risky. I used etrade to make my trades. One day, because Citigroup investment analysts downgraded it, the stock fell 58% in value. I pulled all of my trading money out of there quickly. In the beginning, it looked to be an online stock trading company failure. Luckily, someone bailed them out. If Etrade had gone under, it would have had incredible impact on the market. http://www.boston.com/business/globe/articles/2007/11/13/etrade_stock_falls_58_after_forecast/

Things in the stock market are very scary right now.
Posted by Book Calendar at 3:54 AM

You either love him or hate him but Jim Cramer's "Confessions of a Street Addict" is very interesting. his writing style is very conversational which makes it a very quick read.

My most recent bad stock pick was buying Coach in the mid 40's bleh!

I rather hate Jim Cramer in many ways, but I have read some of his columns on thestreet.com anyways. He has some interesting things to say. Even if you don't like someone, they can still be good at what they are doing.