Value of the Library, A Free Life, Book Blogs 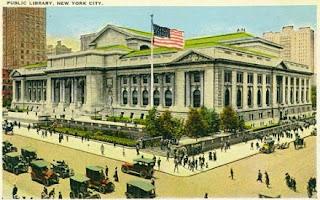 People sometimes wonder what the value of a library is in terms of a community. After some calculations, it costs about $30 per person in tax dollars our community to have our library. If a person checked out two hardcover books which originally cost $24.95 each, they would have saved money going to the library. For people who read many books a year or check out many videos a year, the library more than pays for itself in terms of personal savings.

If a politician wanted to justify the existence of the library, where would the librarian go first. The first place which they would go is the Job Information Center which exists in most American public libraries. It contains career books, resume books, starting a business books, test books for preparing for civil service positions or getting certified for a professional position like an EMT, nurse, real estate exam books, and usually several books on college. In other words it helps people get jobs and creates jobs by helping people start new businesses.

The newspaper section also helps people find jobs. In our library we have the Chief which lists all of the civil service positions in New York City and the Journal News which lists many local job openings. People come every day to look at the job listings.

The next obvious place they would go would be the literacy center, where there are books about learning to read for adults. Included in this are books about getting a GED-- General Equivalence Degree for high school. Many public libraries also offer some kind of remedial preparation for the GED as well.

Another purpose of the public library is to support the local schools curriculum. Both the childrens room and the young adult room specifically buy books to support the local school curriculum. The two sections that immediately stand out in the public library setting are the science experiment books and the classics. Every American public library has a section on the classics where the major works of literature are like Huckleberry Finn, Things Fall Apart, To Kill A Mockingbird and many other classics.

A major purpose of the library is self education, this means buying lots of practical every day life skills books like sewing, plumbing, personal hygiene, coaching little league, and other skills. In addition, there are large amounts of books on finance and personal finance.

The library creates a repository for older novels and material which are often not available in the regular bookstore. Many are out of print and cannot be ordered. This has a lot of value. You can quite often get all of the books written by a particular author, many of them which are no longer available in the bookstore. In other words, it creates a record of what people have been reading.

Also libraries keep the classics, many of which won't sell in the bookstore. Things like The Rise and Fall of the Roman Empire, Das Kapital, The Lives of the Twelve Caesars, The Prince, The Republic, The Wealth of Nations, are expected to be kept at the public library. This is an expected function of the library.

Also public libraries keep many books which bookstores have a hard time with because of censorship. The American Library Association supports the "Freedom to Read Foundation". This means that there are more protections in the library setting for books in many cases than in bookstores.
Another function which a library is supposed to help with is bridging the "digital divide". Libraries provide free computer access to many people who cannot afford to buy their own computer. This allows them to communicate using email, write resumes, write letters to their representatives and use computers which they most likely cannot afford. It provides some children their first access to computers if they don't have them at home.

thanks for stopping by my blog! You have a interesting one yourself! Thanks!

We Sell It All Dicker and Deal Here Pawnshop said...

When I got to the part of the literacy center located in the library-well can you imagine not being able to read?-it would be like being dropped in a foreign place without a road map (that you could read of course)

A lot of people come in for GED training. That is what it is like for them. It is even harder for the people who come and don't speak any english and are asking for books and videos on how to learn english.