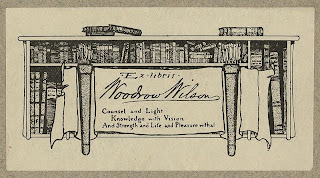 Library cards are very interesting objects. Where I work, many patrons, we call them patrons not customers in library land often come to my desk and ask for books then tell me they don't have a library card.

This is a rather odd experience for me. I've noticed quite a few people who use the library don't have a library card. Some patrons just come in and read the books in the library only. They'll come in the library and sit down for a couple hours in their favorite spot and read. This is especially true for the newspaper and magazine readers. They will get the daily paper and read their paper then leave.

It has gotten to the point where I can recognize a few of them. There is one gentleman who reads music books and kung fu magazines. Another person reads books on hip hop and cartooning and draws cartoons.

Other people will come in and ask for books for their school assignments then tell me they don't have a library card. I ask them how they are going to check out their books and they say it doesn't matter. But, they keep coming back to get more assignment books. This happens with all kinds of books.

We can't come out and say hey you are you taking the books out without a card. This seems to happen sometimes, a book will go missing for a couple weeks then you find it again. A person will complain, why can't we find this book you should mark it missing. Because of the disappearing and reappearing book phenomena we can't really do it until it has been gone for a couple months. Things reappear in the most unlikely fashion.

Patrons put books back in the wrong places. They think, they are helping us by putting away the material for us. Please leave the books in the book drop or give the books back to the librarian at the desk when you are done with them. Or, if they are especially enterprising, they will hide a book on sex, drugs, or some other subject so they can get it later when they come back. They don't want their mother, their wife, or their friends to know they are reading something so they don't take it out.

Often patrons will come in and ask us what have they read in the last month. We wipe our records after a book is returned. We don't store peoples reading habits. Library records can be subpoenaed by the police or even Homeland Security in the United States. They are a record of a persons character. Lawyers can and do use lists of what people have read as part of their testimony in court. They also comment on whether people have fines and have lost items. They also have lists of what people plan on reading, because of the holds list on peoples cards.

We also wipe record of computer use after a certain period to insure privacy as well. With the new computer logging systems, it requires that you use your card barcode number to logon to computers. While this has caused some drop in usage, it has deterred a lot of problems. There are a lot less fights and arguments around the public computers because a persons identity is known. Also people use a lot less pornography in public.

If a person collects enough fines on a library card, it can effect their credit rating. Some libraries report fines to a credit collection agency. Not returning books in some cases will effect a persons credit history.

Also report your library card stolen or missing immediately and don't lend your card to other people. A lot of little kids will lend their library cards to their friends and then find out their friends have checked out a lot of books and not returned them. This happens a lot. We have to pardon this a lot of the time. The children often don't know not to do this.

Library cards are one of the first cards which a child receives. Usually a child will come with their class and get a library card. The teachers call in first and sends the information in to be processed. Then the class comes to visit, is given a tour, then the library cards are distributed alphabetically to the students.

Sometimes, a person will come in and say they forgot their library card can't they just give their name or show some identification. Because library cards are private records which can be subpoenaed we can't do this. I know it sounds kind of strange and extreme, but we have to be very careful. Some people claim librarians worry more about privacy than most government and police agencies.

The library card can be used to place holds. We have a few people who fill their holds to capacity on movies, then use their childrens or mothers card to get more holds. Movies are becoming more popular than books in many cases to check out. There is one disabled gentleman who calls every day and places two to three holds over the phone using the barcode on his library card for movies. There is another lady who calls and places three or four holds every single day for old television shows like Gilligan's Island and The Honeymooners.

There doesn't seem to be much discernment in what people check out in movies. Most people in my experience seem to check out more two star reviewed movies than well rated movies. It is really incredible. Bride of Chucky, Halloween III, and National Lampoons Vacation are far more popular than Masterpiece Theatre. There seems to be more of a focus on mindless escape than thinking.

It is standard to ask for a piece of mail and a piece of identification with a signature or picture to get a library card in most places that I have worked. Usually we only give a card to local residents, but if a person works in the area, we will also issue a card to a person as well.

These are thoughts on library cards.

Here are some general thoughts. I decided to add some book gizmos to the items I am selling. I haven't sold anything yet, but hey it is still an experiment. I put the Kindle ebook reader and some playaways on my site. Playaways are a plug and play audiobook. You turn the audiobook on, put on the earphones and listen. They are very convenient for libraries.

Magnetic bookmarks have a few advantages over regular bookmarks. They don't slip from place, or fall out of books because they are held in place magnetically. They are also slightly heavier than regular bookmarks. I think they are a nice little invention.
Posted by Book Calendar at 2:48 AM

I often check in books and notice that rather than saying "Out" to "In" the display will say "Lost" or "Missing" to in. I always think that the patron just made a mistake during check out and failed to scan the book properly, though I suppose they may be using the library more informally than we intend.

Personally, I just hope they read and enjoyed the book.

Usually, I am happy if they just return the books which they have taken out.

I think some people really do take books out of the library without checking them out. Fines are really difficult for some people.

What matters most is that they return the book.

Some libraries have an "amnesty" every couple of years where they let people return their books without fines so they can get their material back.

Thanks for the mention!
-The team at Playaway