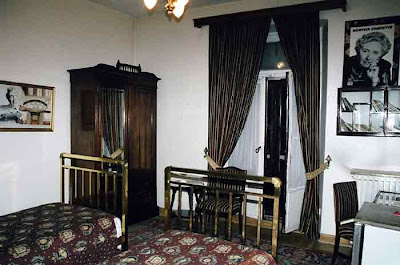 We are looking at relabeling the shelves after the books have been shifted. The shifting is still happening in the storage area. It should make things easier when it gets done. We are also going to be adding a link to the ebooks page from the system as well as setting up a download station for ebooks, audiobooks, and other downloadable media.

I spent quite a bit of time reading various reviews from Kirkus Reviews and Publishers Weekly today and putting together orders for Wednesday.

I have been reading some more of Agatha Christie's Secret Notebooks. There is a section which lists a number of mystery which influenced her writing: E.C. Bentley, G.K Chesterton, John Creasey, Rufus King, A.E.W. Mason, Edgar Allen Poe, and Dorothy Sayers. She also had a habit of using nursery rhymes as part of her plotting. She names many of her stories after nursery rhymes; Three Blind Mice, Four and Twenty Blackbirds, A Pocketful of Rye and some of her other stories are named after nursery rhymes.

Posted by Book Calendar at 6:51 AM