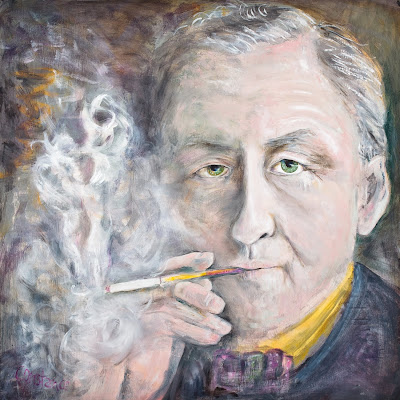 I finished reading Agatha Christie's Secret Notebooks by John Curran. I especially liked the short story at the end of the book, The Incident of the Dog's Ball. I also liked that she was Robert Grave's neighbor. The book was interesting to read. It was mainly a set of notes rearranged to give details on the different works she wrote. Agatha Christie was more than a mystery writer. She also wrote successful plays and radioscripts as well as wrote as a novelist under a pseudonym. This book has notes on almost all of her short stories, plays, and books. If you are an Agatha Christie fan it is well worth reading.

Alexander Jablokov, Brain Thief came in for me to read. It looks like a combination of a cyberpunk science fiction novel and a thriller.

I spent some time today looking at different library fundraising around the county. I also checked on the progress of shifting fiction books and short stories out of the fiction room.

I also spent a little time looking through the gift books. We had some new African American romance paperbacks which were donated to us with popular authors like Rochelle Alers and Brenda Jackson. We also got a few books on cd, including an unabridged CD of a Isabel Allende book.

A patron suggested that I read Chuck Klosterman, Eating the Dinosaur. He compared him to Hunter S. Thompson. I have put it on hold.

Today is the first National Book Mobile Day, April 14, 2010. Our book mobile went out today to do the rounds with the older adults. http://www.libraryjournal.com/article/CA6726127.html

Posted by Book Calendar at 8:46 AM