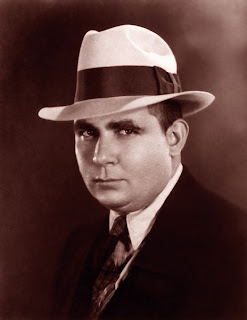 This looks to be a rather interesting book. It will be interesting to read a non-Us perspective on renewable energy. There are sections in the book on ocean energy which is not often covered in books on renewables. The author is also comparing nuclear, clean coal, and renewables as future energy sources. The author also compares two future transportation infrastructures, one based on plug in hybrid electric vehicles, and one based on a hydrogen transportation infrastructure.

This book is proving to be very fascinating reading. I have learned quite a few new things like the process of extracting oil from tar sands and oil shale. It also describes how it may be possible to extract methane from coal seams.

Robert L. Evans also gives a description of how carbon capture technology for coal plants would work that makes far more sense than any other description I have read. Often carbon dioxide is pumped into wells to force oil to flow out of nearby wells better. These are called CO2 injection wells. The drill holes with the carbon dioxide are then capped. The oil wells become carbon dioxide storage sites.

I often think not enough people are aware of all the technological options for renewable energy. Very few people know about wave energy, plasma conversion, solar updraft towers, biomass co-firing, landfill gasification, micro-hydro, hybrid turbine electric engines, and hybrid electric trains. There are many other options which could expand the mix of renewable energy options.

Robert E. Howard only wrote one full book length Conan novel, The Hour of the Dragon, or Conan the Conqueror.

While there has been a Conan movie made starring Arnold Schwarzenegger, there never was a Conan movie made based on Conan The Conqueror. There were plans for years that Schwarzenegger would make a King Conan film based on this book. It never happened due to differences in opinion on how the movie should be made. I hear rumors that they may make a new Conan movie. I hope they don't choose a bodybuilder or someone from World Wrestling Entertainment.

I always thought that Schwarzenegger was too slow moving to be Conan. They need someone who is very quick, athletic, and able to express a lot of rage.

I would not mind if they restarted the franchise, but please choose the right person for the role. King Conan would be a fabulous movie if it was done right. Supposedly New Line Cinema is releasing a new version of the Conan movie in 2009.
Posted by Book Calendar at 5:01 AM

Thanks for featuring "Fueling Our Future." Sounds fascinating. I'm grabbing a copy at our library.

Thanks for taking my suggestion.