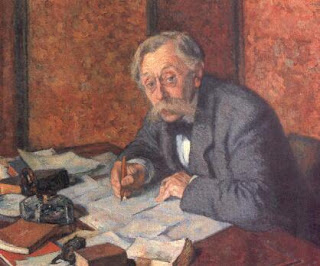 I read a little bit more of The Better Angels of Our Nature this morning.  The author is describing how nation states reduce violence.  He is describing the transition from medieval thinking to modern thinking and how it makes us more civil.  Right now, Steven Pinker is focusing on England.

Library to Get Hackerspace
http://boingboing.net/2011/11/12/library-to-get-a-hackerspace.html
This is something which has been discussed a lot but not implemented until now.


Unusual Library Finds A New Home
http://www.nytimes.com/2011/11/13/us/an-unusual-library-finds-a-new-home.html?_r=1&partner=rssnyt&emc=rss
I like this because it speaks for libraries taking on more local material.

Posted by Book Calendar at 9:03 AM