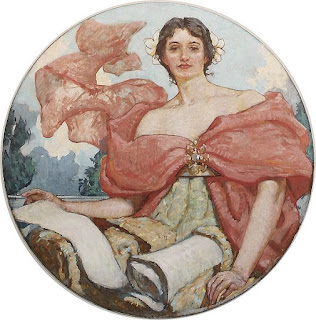 WISDOM IS THE PRINCIPAL THING
THEREFORE GET WISDOM AND WITH ALL
THY GETTING GET VNDERSTANDING.


This morning, I read some more of The Better Angels of Our Natures.  The author is describing how literacy increases empathy leading to less tolerance for violence.  Reading allows people to reflect on other peoples thoughts.  It also increases civility.  Literacy also helps create an information network.  With ships, letters, and correspondence it was possible to spread ideas across the whole globe in the 18th and 19th century.  With the advent of the internet and telecommunications there is now a global sphere of learning creating the possibility of a "global university."

This morning, I checked the displays, updated the Twitter and Facebook accounts, and spent a little more time looking at programming.  One of my colleagues gave me a copy of the March-April 2011 Calendar of Events.

This afternoon, the library is having the Biography Book Club from 3:00 p.m. to 4:00 p.m., I am looking forward to talking about The Letters of Robert Frost to Louis Untermeyer.  Hopefully, it should be very interesting.  I bought some snacks during lunch time.  People talked about Vachel Lindsay, Claude McKay, Emily Dickinson, Robert Frost, and Alexander Pushkin.  It was interesting hearing about the different poets lives.

Kabiru Mohammed dropped off flyers for his play The Tragedy of Ethelia which he is showing on January 26, 2012 from 5:30-8:00 p.m. in the community room.

On the way home, I read more of The Better Angels of Our Natures. Steven Pinker is describing the statistical decline of the total amount of wars in the 20th century.

It was interesting that the library was at first thought destroyed, then found to be safely stored away.  This has a very dramatic feel to it.  Sometimes it makes you think  There have has been discussions but still I hear no solutions among the noise of the media.

ReOccupy Writers Stand in Solidarity with OWS Tonight at 6:00

http://peopleslibrary.wordpress.com/2011/11/15/occupy-writers-stand-in-solidarity-with-ows-and-the-peoples-library/
Posted by Book Calendar at 11:24 AM

Labels: biography book club, the better angels of our nature