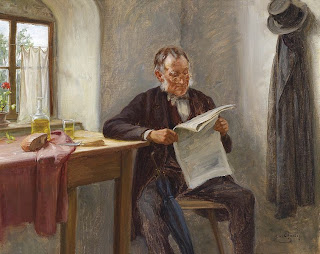 I read a little bit more of The Better Angels of Our Nature.  Steven Pinker is describing why most terrorist organizations fail.  He is also describing how terrorism is becoming less prevalent.

On Wednesday night, November 16, 2011 I stayed late and listened to the Board Meeting after my late shift on the reference desk.  The library was talking about having an amnesty for overdue books.

The staff spent some time discussing circulating Museum Passes which is a rather interesting idea.

The book, Survival of the Beautiful Art, Science, and Evolution by David Rothenberg came in for me to read.  It is a science title which mixes art and philosophy.  I rather like this.

I have been cleaning my desk off for the short vacation I am taking during Thanksgiving week.

I spent some time watching a training video for Microsoft Powerpoint 2010 Essentials on Lynda.com.  It is part of my aim to be completely trained in Microsoft Office by the end of the year.

HackLibSchool on Occupy Wall Street: How Do Libraries Fit In?
http://hacklibschool.wordpress.com/2011/11/16/hls_ows/

Part of watching the Occupy Wall Street Library is trying to get a sense of what it means.  In some circles, especially Europe there is a different meaning to challenging Wall Street than in America.  Some see it as a challenge to capitalism, not as a means to reform capitalism.  Because there has been no direct discussion on reform, rather protest, it still leaves me questioning what exactly is being said.  An open discussion about reform and ways to make things better might help things at this point.

There is a strong sense of irony and political satire in how things are described.  Fahrenheit 451 is mentioned in some of the articles as a book that was thrown out.  Also, the Guy Fawkes mask come right of the graphic novel V for Vendetta which many of the protesters are wearing.

http://www.mediabistro.com/galleycat/american-library-association-defends-occupy-wall-street-library_b42612
Posted by Book Calendar at 7:33 AM