The Professor and the Madman-- Simon Winchester-- Review 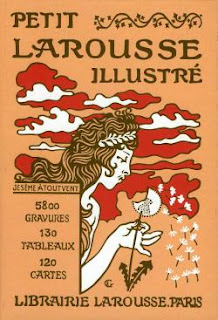 The Professor and the Madman A Tale of Murder, Insanity, And The Making of the Oxford English Dictionary by Simon Winchester is a fascinating historical anecdote. This book is story of Professor Murray, one of the chief editors of the Oxford English Dictionary and his relationship with one Dr. William Chester Minor an american physician, gentleman, and madman. Dr. Minor was locked up in the Broadmoor asylum for the criminally insane in England during Victorian times.

Professor Murray initally requested volunteers to find sentences for examples of different words in the english language. Of special interest were examples from 16th and 17th century english literature. The central idea of the Oxford English Dictionary was to create a complete dictionary that would support the spread of the english language to all the corners of the world as well as christian moral values. This is an interesting idea because it speaks about the urge to use education as a tool of colonialism.

When Dr. Minor began sending suggested sentences for the dictionary he was locked up as being criminally insane. He had shot a brewery worker with a pistol because he had mistakenly thought him to be an irishman who had attempted to burglarize his house. Dr. Minor, a Yale educated American army physician was suffering from delusions that Irish men were trying to sneak through the floorboards and stuff poison biscuits in his mouth. It soon became apparent in his trials that he was a lunatic.

Dr. Minor was locked up in Broadmoor asylum where he was given privileges as a learned man. He had two cells adjacent to each other which he filled with fine and rare books. He even paid to have a servant from this civil war pension. Earlier he had been deemed unfit to be a surgeon because of his mental problems and pensioned off by the United States army. Apparently the Battle of the Wilderness and his being ordered to brand a deserter had made him unhinged. There is some truly incredible descriptions of Dr. Minor's behavior. Some of it is very darkly humorous.

He found the request for volunteers for the dictionary and decided to become a volunteer. The requirements were exacting. Despite this, Dr. Minor ultimately sent over 12,000 examples of words to Professor Murray. Initially, Professor Murray thought he was a gentleman of leisure that ran the asylum. It is fascinating to read how Dr. Minor attempts to redeem himself. He even tries to make amends with the widow of the dead man.

The description of the visits between Dr. Minor and Professor Murray are very interesting. It is hard to imagine coming into a cell where the floor has been coated with zinc to prevent people coming up through the floorboards, and a bowl of water has been placed next to the door to prevent evil spirits from wandering in.

When it was found out that Dr. Minor had become a lexicographer in an insane asylum, it was turned into a series of sensational stories that appearend in the newspapers of the day. Dr. Murray wasn't aware of Dr. Minor's position until seven years of sending him slips had passed.

The two became friends and Professor Murray would visit the asylum to discuss words with the mad physician.

This book is an astonishingly eccentric and entertaining book, filled with unusual details about the creation of the Oxford English Dictionary. It is about two extremely eccentric and learned men. Dr. Minor's insanity is both tragic, poignant, and at times darkly humorous. The freindship between him and Professor Murray is astonishing to read about. This is a unique book filled with thoughts about history, scholarship, and madness.

Posted by Book Calendar at 7:09 PM