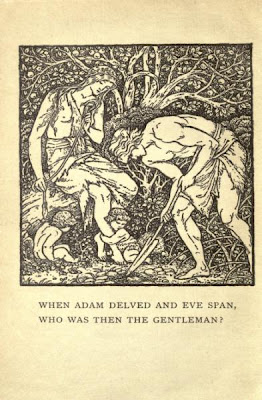 This morning, I finished reading Prince of Stories, The Many Worlds of Neil Gaiman on the subway to work. I very much enjoyed many parts of this book. The writing is interesting. There are unique pictures including a complete comic book story called Blood Monster written by Neil Gaiman, artist: Marlene O'Connor, Lettering: M. Kelleher.

The section on movies talked about Beowulf and Mirrormask neither of which I have seen. It made me like the idea of them so much that I reserved them to view. I was previously reluctant to do this because I had mixed opinions on the movie Stardust. My understanding is that the next movie that Neil Gaiman will be scripting is Neverwhere after Coraline.

There is a very long complex interview at the end of the book. Gaiman talks about his early obsession with reading all kinds of fantasy books. He could recite Lewis Carroll's entire Alice In Wonderland when he was six years old. I have a deep appreciation for Alice. He also had a fondness for C.S. Lewis's Narnia books as well as everything written by Michael Moorcock.

It reminds me of a truism that I have experienced, the more you read, the more likely it becomes that you write because to understand reading properly it becomes necessary to write. Also, I love his statement about dreams fueling his writing of sandman, and I especially like this little quote from the interview, " I like [Charles] Bukowski more than I suspect I should."

The last thing I can say about this book is that it is very well designed. Everything falls into place nicely, the interviews, the pictures, the stories, the art work, the original articles, absolutely everything seems to fit just right.

Hard times may be coming for the book trade. This is across the board, libraries, publishers, and bookstores. Books are not an essential item in many peoples mind during an economic downturn. I don't think most people live on books and chicken, or intellectual stimulation.

From Bookselling This Week:
http://news.bookweb.org/6457.html

Add in the general malaise in the economy and we are facing some hard times ahead. Peoples reading habits have also changed. This will further cause problems because of the problems with the newspaper industry. Publishing looks to go through a very turbulent period. Online publishing may grow, I am not so sure about traditional books right now.

Maybe, the big companies will throw off the most unsatisfied and create little companies that are lean and mean. We are living in interesting times...

Publishers are already calling the event Black Wednesday for Wednesday, December 4, 2008 when it was officially announced.
Posted by Book Calendar at 6:24 AM