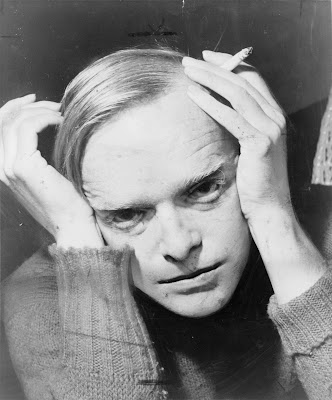 One of the friends of the library is a storyteller. She did a trial run for a program of reading stories for adults. She read the short story, A Christmas Memory by Truman Capote. It has a ghostly quality to it which I found quite applealing. She read for about an hour. She mostly reads to elders, often in the nursing home setting. http://www.geocities.com/cyber_explorer99/capotechristmas.html

This morning, I spent a bit of time with a colleague designing a brochure on services available at our library. It will take up quite a bit of time to do it right.

I also spent some time going through Baker and Taylor's Paperclips which is a catalog of mass market paperbacks available through the distributor. It is going to be rolled into Forecast in the future which is the monthly list of forthcoming titles from Baker and Taylor.
http://www.btol.com/pub_details.cfm?id=30

The reorder list of titles which were damaged is done as well. Today was a productive, but very predictable day again. I did not get any chance to do any weeding today.

On the way home, I read some more of The Taint and Other Novellas by Brian Lumley. It is a collection of Lovecraftian stories. I don't want to spoil it by commenting on the stories until I have finished reading all of them. There is the constant reminder of "cosmic horror", or that we are mere tiny things in the immense darkness of the universe. H.P. Lovecraft considered himself to be primarily a poet. The Fungi From Yuggoth is his long work. It is a long, strange, and frightening poem.
http://www.yankeeclassic.com/miskatonic/library/stacks/literature/lovecraft/poetry/fungi.htm
Lovecraft was supposed to have gotten his idea for Cthulhu from Alfred Lord Tennyson's poem, The Kraken:

The Kraken
Below the thunders of the upper deep;
Far far beneath in the abysmal sea,
His ancient, dreamless, uninvaded sleep
The Kraken sleepeth: faintest sunlights flee
About his shadowy sides; above him swell
Huge sponges of millennial growth and height;
And far away into the sickly light,
From many a wondrous grot and secret cell
Unnumber'd and enormous polypi
Winnow with giant arms the slumbering green.
There hath he lain for ages, and will lie
Battening upon huge seaworms in his sleep,
Until the latter fire shall heat the deep;
Then once by man and angels to be seen,
In roaring he shall rise and on the surface die.
-- Alfred, Lord Tennyson

Posted by Book Calendar at 9:59 AM

Labels: a christmas memory, fungi from yuggoth, paperclips, the taint and other novellas, truman capote