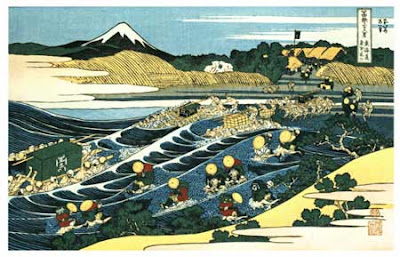 I am reading Manga Sixty Years of Japanese Comics by Paul Gravett. I am enjoying it. It is the history of manga. It mentions a few excellent books. I can highly recommend The four Immigrants Manga : a Japanese experience in San Francisco, 1904-1924 by Henry Yoshitaka Kiyama. It is highly reflective of the historical experience of the times. It also talks about the "God of Manga", Osamu Tezuka who was incredible prolific having produced over 600 different works. He is responsible for writing "Jungle Emperor" which many consider to be the basis of The Lion King.

I read a bit more on the train home. There was a very nostalgic moment for me while reading the book. It had pictures of Barefoot Gen by Keiji Nakazawa. This is the first manga that I ever read. It was in San Francisco at the public library when I was a teenager. It wasn't just the first manga I had read, Barefoot Gen predates all of the other large format comics which had come out. The book was about surviving the atomic bombing of Hiroshima. It is a very striking book with some very stark images. It shows what happens with radiation poisoning, and fallout. Gen is a young boy who survived and his pregnant mother also survives. It is the day after the Hiroshima bomb falls. Most large library systems I have been to have this manga.

Today was another impossibly busy day. We had the Bridges Out of Poverty meeting today. There are definitely going to be enough local organizations coming to have an open forum on how we can serve them. I am looking forward to the meeting.

I also ran another poetry program this afternoon. We had seven people who stayed through most of the program, and eight people who came in and out of the program for a total of fifteen people. I rather enjoyed it. This time, I did not have to read as many poems. A lot of the attendees had their own poetry to read. We had a new microphone and refreshments. Next time, I will try for hot coffee.
Posted by Book Calendar at 3:21 PM