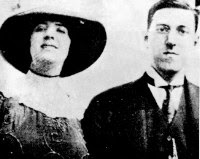 Two books came in for me to read yesterday, The Taint and Other Novellas by Brian Lumley. This book is printed by Subterranean Press which is a specialty horror publisher. They print nice affordable copies of quality horror, science fiction, and fantasy titles. http://www.subterraneanpress.com/ . The other book is a mass market paperback, Dead To Me by Anton Strout.

I was a bit tired on the train this morning, so I did not do any reading. Last night, I tried to take a break from doing my short yoga session and my body rebelled. I did it so I could get to sleep.

This morning is not too bad, I did some more work on my reorder list. I am discarding the books as I compile the list. Things are fairly smooth right now.

Today was very typical. I weeded a lot more books today. I also made several phone calls. I am trying to get a local organization to do a presentation on protecting your home from foreclosure for local homeowners. I think I might have a local agency lined up.

You might call today rather inane. I had one of those absolutely normal conversations that say absolutely nothing. I was talking about the merits of having a little black address book. It was uttlerly typical. I'll probably pick up a new one for work tomorrow.

Manga Sixty Years of Jpanese Comics by Paul Gravett
On the way home, I read more of Manga Sixty Years of Japanese Comics by Paul Gravett. This book definitely is for adults. There are some pictures which aren't for children. I could never really understand the idea of Shonen Ai, books for teenage girls about pretty gay guys in high school. Just as odd to me is the lolita style of manga with highly sexualized young girls. These are not things which we can buy for our public library in America that readily.

A while ago we had some problems with men looking at Sailor Moon on the internet. There is something a bit creepy about it. It is not typical for Americans. There are some cultural differences which make some of what would be fairly innocent in Japan to be rather odd in the United States. A comic like Princess Knight by Osamu Tezuka which features a girl who dresses as a boy to pass as a knight wouldn't be that readily accepted in the childrens room which is what it is written for.

Although, The Rose Of Versailles looks like something we might get for the adult room. It is about a cross dressing woman in the time of Marie Antoinette. We keep Ranma 1/2 in the adult section, although it is really for teens because of the comic story of water turning the character from a boy into a girl then back.

There are a number of manga which are shown which we already have, Maison Ikkoku, Nausicaa and the Valley of the Wind, Akira, Vagabond, Lone Wolf and Cub, and Black and White which we already have in our library. I think I want to read Parasyte. I have not read many horror manga.

In a way this book was a trip down memory lane. It reminded me of the anime cartoon I used to watch with my friends when I was a teenager, Robotech, as well as the classic anime , Space Cruiser Yamato.

I think the book is a nice survey of quality titles from the beginning of manga. If you want to learn the basics of what manga is, this title would be a good title to read. The copyright on the book is 2004, so manga is much more popular and varied now. The cover has a picture of Astroboy on it.

Posted by Book Calendar at 8:02 AM