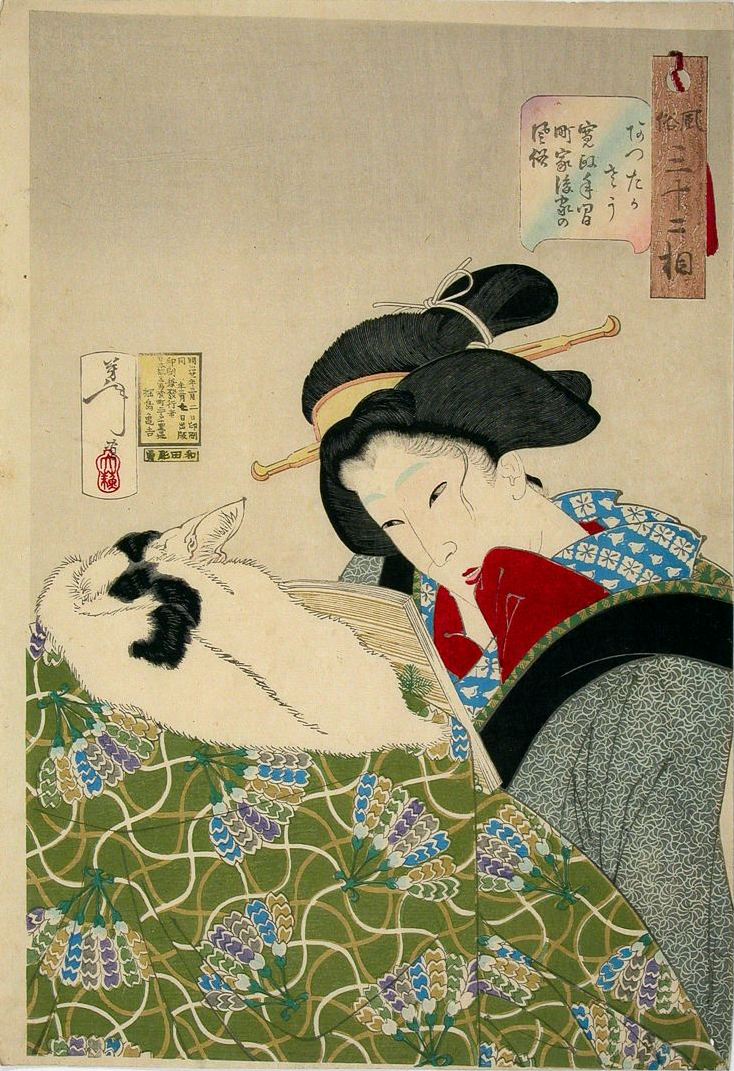 Yoshitoshi, Looking Warm, The Appearance of an Urban Widow in the Kansei Era, 1887

I wrote a short post on tactics for a library vote for my class Winning Support and Influencing Communities for Library Funding.

I read part of an e-book from Baen books this afternoon.

I also watched a few more episodes of How to Boost Your Physical and Mental Energy.

I discovered that the documentary Google and the World Brain is available on Kanopy.  This documentary covers H.G. Wells idea of a universal world library. This book compares this idea of the Google Book Scanning Project to a Universal Digital Library.  I started watching the film.  This film touches on an attempt to digitize the Harvard library.

This film is about libraries and information.  It is about universal libraries.  It touches on the Library of Alexandria.  It also discusses Project Gutenberg as well as  the Internet Archive aims to digitize all the books in the world.

Jaron Lanier is interviewed in this movie.  Part of the message of this movie is a counter message against large corporations owning most of the worlds information.

What is interesting in this movie is that it interviews people from Japan, Germany, and France. There is a very different view presented from these countries on the Google Books Project.

There were so many people in this movie who had lots of significance to librarians like Robert Darnton.  The end of the film mentions the Digital Public Library of America.  This is worth watching if you are an information professional.

Weeding -- Love It or Hate It
http://publiclibrariesonline.org/2018/02/weeding-love-it-or-hate-it/

The Grand Old Tradition of Gaming at the Library
https://daily.jstor.org/the-grand-old-tradition-of-gaming-at-the-library/
Posted by Book Calendar at 8:03 AM