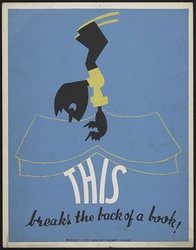 On the way to work, I read some of Evening's Empires, part of the story includes data and algorithms hidden inside a head, secrets programmed into the main characters mind, and various sophisticated computers.

I checked the gift books and the displays.

Last night, I read Batman Earth One which is a variant story on the origin of Batman.  The main villain is Mayor Cobblepot who could be described as being related to the Penguin.  I found the character of Harvey Dent as partner to Inspector Gordon to be interesting.  We are discussing this graphic novel for the Graphic Novels Club on June 11, 2015 from 3:00 p.m. to 4:30 p.m.

We had a management meeting where we discussed a variety of issues.  Part of it was meeting the new Assistant Director.

I spent some time checking the 170s.

I also talked to the people who work at the cybercorner and computer lab about policies and schedules today.

On the way home, I finished reading Evening's Empires by Paul McAuley.  The book is about a variety of different things.  There is piracy, artificial intelligence, family, revenge, and very interesting technology.  It is the third book in the Quiet War series.  I found it had too much in it and it was all over the place.  The plot was too loose and the way things were put together was disjointed.

However, I liked the ideas in the book as well as the technology it portrayed. I liked how philosophy and religion were approached. The idea of every human being experiencing the same thought for an instant was intriguing.  Also, how computers were described in the far future was different.  Machines had their own personalities, thoughts, and characters.  I am a bit ambivalent about reading the book.

I watched the last episode in Years of Living Dangerously, The Complete Series tonight.  I was watching about the steady rise of sea level around Bangladesh and typhoons which are driving people away from coastal communities.  The series is about global warming and climate science.  There are 9 episodes in the series.


http://www.thenation.com/article/209217/why-public-libraries-matter#
Posted by Book Calendar at 7:52 AM