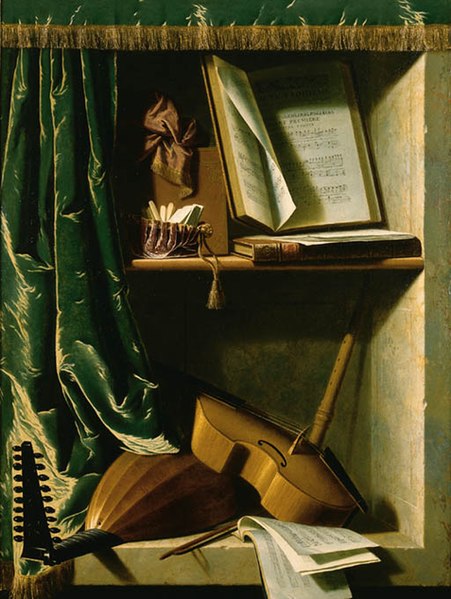 Michel Boyer (1668–1724), A Trompe L'oeil of a Lute, a Viol and a Recorder, with books of Music in a curtained stone niche, from late 17th century until early 18th century

I hope you are enjoying your holiday.

I read some more of Petty the Biography.  After his second record with the Heartbreakers, Tom Petty declared bankruptcy to get out of a bad contract.  He wanted to collect more money for his third record for his band.  There is a record cycle where bands go on tour, then produce a new record, promote the record and get ready for the next tour.  This book has a nice set of photographs in the center of the book, many of them are in color.

Online Crowds Saving the Past's Visions of the Future
http://observer.com/2015/12/online-crowds-saving-the-pasts-visions-of-the-future/#.VnsP8gq9ljc.facebook

A Giant Leap Backward for Space Travel
http://www.technologyreview.com/view/544971/a-giant-leap-backward-for-space-travel/
Posted by Book Calendar at 4:02 AM