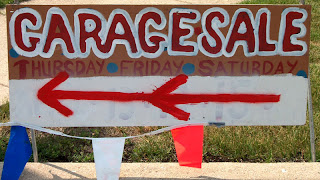 This morning, I entered a contest to win a Neil Gaiman poster. There is going to be a new book out about Neil Gaiman, Prince of Stories The Many Worlds of Neil Gaiman by
Hank Wagner, Christopher Golden, and Stephen R. Bissette published by St. Martin's. This is a link to the contest. http://us.macmillan.com/BookCustomPage.aspx?isbn=9780312387655&m_type=4&m_contentid=8573

For a little more science fiction, I put Eric Flint and Dave Freer's Slow Train to Arcturus on hold. One of the nice things about Baen, is that they put up the first eight or so chapters of a new book for free on the web to see if you like it for most of their new books. Not the whole book, but enough to make you interested. http://www.webscription.net/chapters/1416555854/1416555854.htm?blurb

I read Cory Doctorow's Futuristic Tales of the Here and Now, the graphic novel. I had read most all of the short stories turned into graphic novels previously so there was really only one surprise.

I really loved the story Craphound with art by Paul Pope. It has an absolutely wonderful quality to it. An alien visits earth to collect junk. The alien understands flea markets, but wants to understand the essence of human nostalgia. He travels around with his human companion and collects junk, cowboy and indian outfits, ten gallon hats, old magazines and nostalgia. The aliens even trade technology for junk. I like Cory Doctorow's one page summary about why he wrote the story, it is almost as good as the story. The idea of Cory Doctorow being nostalgic over glow in the dark disney cards and victorian watches is neat.

This is a link to the free online version of the story:
http://www.gutenberg.org/files/17026/17026.txt
I think I am going to read Hot, Flat, and Crowded: Why We Need a Green Revolution- and How It Can Renew America by Thomas L. Friedman. This book is currently #1 on the Business New York Times list, and #3 on the general New York Times list. This has been one of the themes for my blogs for a long time. Take the time and learn about clean technology if you can.
This afternoon, I spent some time watching the new version of Charlie and the Chocolate Factory by Tim Burton. I don't think it is as good as the old version starring Gene Wilder. I think it was still very entertaining and Johnny Depp did a good job. My favorite part of the movie is the Squirrel Room. I rather like the idea of trained squirrels able to separate the good nuts from the bad. This one part was better than the old movie. The rest was not as good. The childrens book by Roald Dahl of course is far better.
Sometimes when you read enough of an authors novels, you begin to recognize a pattern in their work. I found A Nameless Witch to be essentially a plot variation on Too Many Curses. Both are quest novels where the main character must ultimately defeat a great wizard. They have a number of quests to fill to reach that goal. I enjoyed the novel, but it was not different enough from A. Lee Martinez's other novels to say it was better or worse than The Automatic Detective or Gil's All Fright Diner. They are all enjoyable, entertaining and funny. It was another novel which I just sort of passed through on to my next read.
The only really good thing I can say about A Nameless Witch was the unique set of characters, a white knight, a demon duck, a beautiful undead witch, a troll, an animated broom, a villainous sorcerer, and a mystical fox.
Posted by Book Calendar at 6:20 AM

Thanks for the compliment.